Are perfume adverts due a reinvention?

You’re watching an engrossing film on the television – only for the tension to be broken by a cascade of adverts. Sandwiched between the banalities of insurance and supermarket commercials are the anamorphic images of a radiant beauty; a film star sensually stalking an environment that connotes decadence. An enigmatic narration dissipates like ink to water against the elegance of classical strings. “She controls. She masters. And underneath it all… she wears Gucci Bamboo.”

You ask yourself; “What the blimmin’ heck did that mean?” – our best advice is; don’t overthink it.

Advertising a product that isn’t physically tangible isn’t always the easiest of tasks – thus marketing teams are forced to take an abstract approach. For many, perfumes are the point of inception into a high-end designer brand; while most women would struggle to afford a Chanel bag – the company’s ‘No. 5’ fragrance allows consumers to take the essence of the brand home in a bottle for a fraction of the price.

One of the most iconic perfume advertisements is Ridley Scott’s 1979 visualisation of Chanel No. 5 – with asymmetrical compositions, washed in watercolour blues and greens, and anatomically ‘perfect’ subjects; the director brands Chanel with an essence of neoclassicism. As the statuesque brunette lounges beside the pool – the dreamlike soundtrack by Vangelis cements the campaign’s tagline; “Share the fantasy” – conveying sensuality without being explicit. 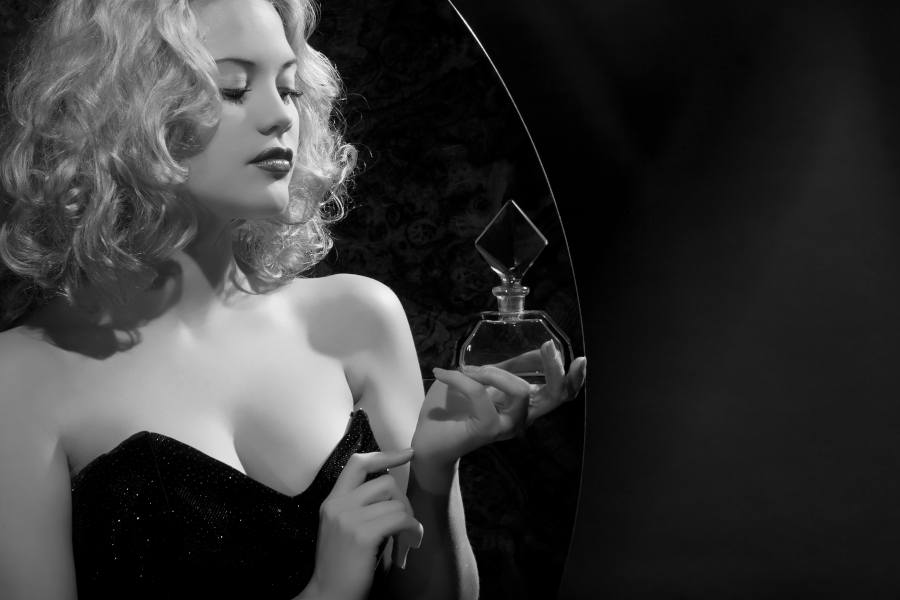 Scent of a woman

Sensuality is the key to marketing perfume – generally speaking; people purchase the product to attract their desired gender; thus advertising agencies have to subtly convey sexuality in a manner appropriate for television audiences. Although some advertisements have been banned from primetime viewing; for example, Keira Knightley’s somewhat raunchy advert for ‘Coco Mademoiselle’– most commercials stereotypically feature heavy eyelids and pouting lips; vaguely suggestive mannerisms that convey romance and lust.

The visual language used to market a brand or particular product, is sometimes intrinsic in reaching its particular audience; for instance, Yves Saint Laurent’s opting for an alternative, Joan Jett-look alike instilled their “Black Opium” with a dangerously decadent swagger. By later selecting daughter of rock ‘n’ roll royalty, Zoë Kravitz as the face of the product, YSL further cemented its ‘edgy’ appeal. 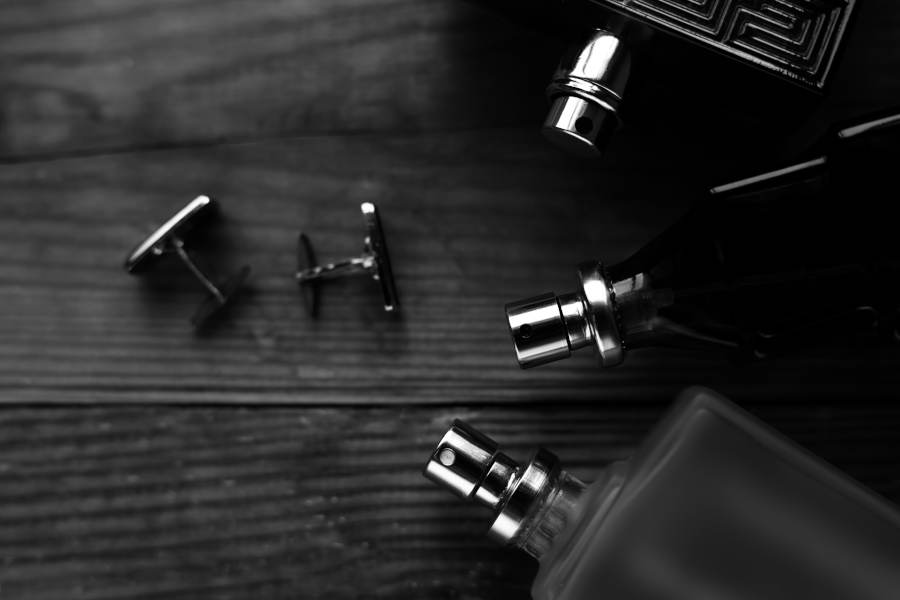 Advertisements for male fragrances rely more on asserting power; an example would be the inherent masculinity of Paca Robanne’s “Invictus”. Featuring a muscular model – stripped to the waist, strutting through a football pitch; drawing upon motifs from ancient Greece to resonate with the competitive instincts of the male demographic.

Dior’s “Sauvage”, takes a different approach – cultivating an orphic presentation, featuring a smoky-eyed Johnny Depp – the advert plays upon the actor’s Keith Richards inspired persona as he nonchalantly plays guitar, hammering out a blues riff before disappearing into the desert. Deviating from the extroverted masculine stereotype forged by Paca Robanne – the Dior man is a dark, brooding, mysterious rocker – a contemporary Jim Morrison, draped in Native America folklore – tortured by existentialist angst; but still image-conscious enough to add a smudging of eyeliner in the morning.

Across from me, a Dior cologne ad replays infinitely. For some reason, Johnny Depp digs a hole in the desert and tosses his bling into it. 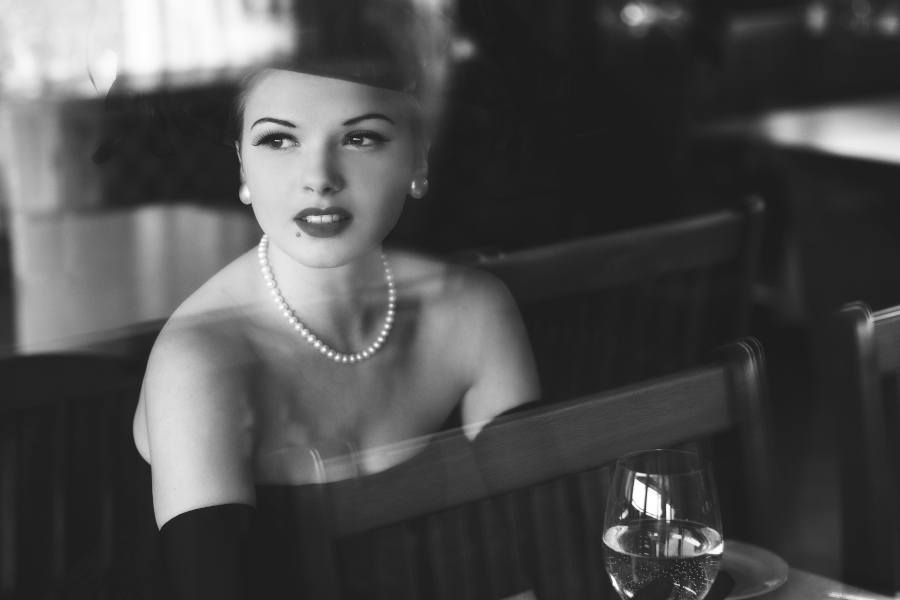 Time for a change?

As weird as they might be; fragrance sales continue to rise – meaning perfume advertisements work. The brain’s emotion-processing amygdala, actually grew out of our olfactory cortex – meaning scents are strongly linked to our emotions and desires. On this basis; perfume advertisements are given a broad creative scope – even if they make little sense narratively; on a purely superficial level they absolutely succeed.

The only question is; when will people tire of the established formula? Given that the last perfume advert to cause a stir was the early 90’s Calvin Klein commercial, featuring Kate Moss – surely we’re overdue a creative reinvention? Unfortunately, until a critical occurrence within the market; a new voice is likely to be denied.

At Cordis, we understand how creativity enrichens brand value. Using our broad knowledge of design, content creation and videography – we can ensure your business will stand out amongst competitors!