Euro 2020: how marketing has transformed football

It’s been a long time coming but, after a year’s delay, Euro 2020 is now dominating our screens. Since its inception nearly 100 years ago, professional football has changed  drastically – while sport has always been commercial, the 21st century has taken “The Beautiful Game” to a whole new level.

The sheer volume of money being pumped into football is no secret, making it a marketers dream. In this week’s blog, we’re exploring the commercial phenomena that is professional football.

In the early days, there was little money in the sport. The only visible marketing was very simple – you had your team’s shirt and that shirt often had a sponsor. As we entered the mid-20th century, the BBC and ITV attained the rights to broadcast all football games for very little cost.

It wasn’t until the television deals of the 90’s that massive sums of money were pumped into the Premier League and the Champions League. Sky Television injected £300 million to cover close to 60 games over a 5 year period. This investment meant that the top 22 teams would ultimately be able to organise their own sponsorship deals; thus modern day football was born. 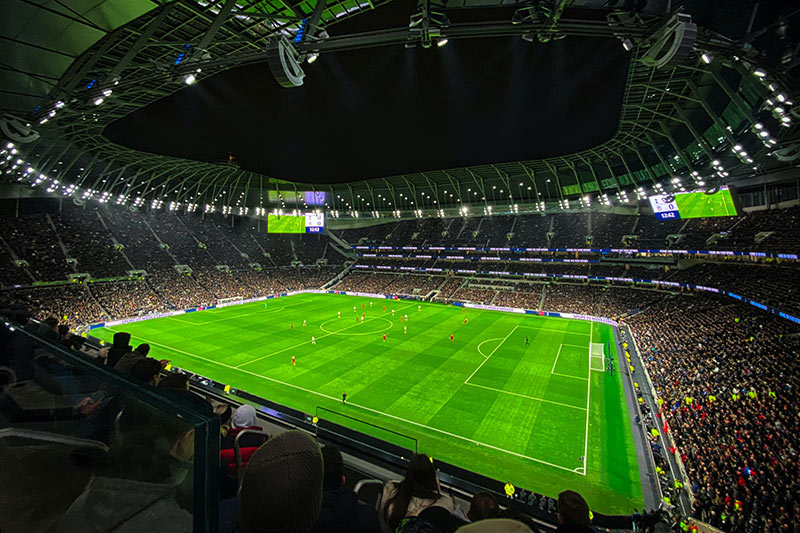 Kicking off a new era

Despite the setback caused by the pandemic, the commercial revenue for football clubs are on the rise. Teams nowadays are viewed as brands; all of which are highly concerned with their global appeal in order to improve their international status.

The bigger the brand, the better a commercial deal one can make. For example, Manchester United’s deals with Adidas and Chevrolet were groundbreaking in terms of financial prowess, both in excess of 500 million dollars. Chelsea also have a deal with Nike for 900 million pounds over 15 years until 2032.

Who sponsors your football team’s shirt can say a lot about the ethos of the club. Teams carefully consider their demographic and choose sponsors that appeal to their specific fan base.

Design has become an intrinsic element to professional football tournaments. The players provide the passion – while the creatives behind the scenes attractively package the game for its audience.

Even though there will always be diehard fans who will buy the kit no matter what – a football shirt’s design can have a significant impact on sales over the course of a season. Some casual fans purchase football shirts as fashion items and a well-designed shirt can be a big seller. The compatibility of the sponsor’s logo with the overall colour scheme and style of the shirt can have an impact on sales. This is something clubs carefully consider when selecting a brand to work with.

Where would any football championship be without its obligatory video game tie-in? With graphics that have evolved to the point where it’s almost like watching TV, titles like EA Sports’ FIFA have become more than a piece of marketing – but rather, a way for people to live their football dreams.

The FIFA series began in 1993 and is older than many of those who play it. To date, it has sold over 325 million copies across the franchise. It is inherently social, parentally acceptable (no guns), an ideal opportunity for ads and enjoys strong in-game monetisation due to its close association with fantasy football.

To bundle 30 leagues, 700 teams, 102 stadiums and upwards of 14,000 players, EA has to amplify every official partner and sponsor of said licensees to offset the cost of what is one of the world’s most expensive licensed entertainment products. Gamers expect ads in these spaces, which arguably make the game seem more realistic. 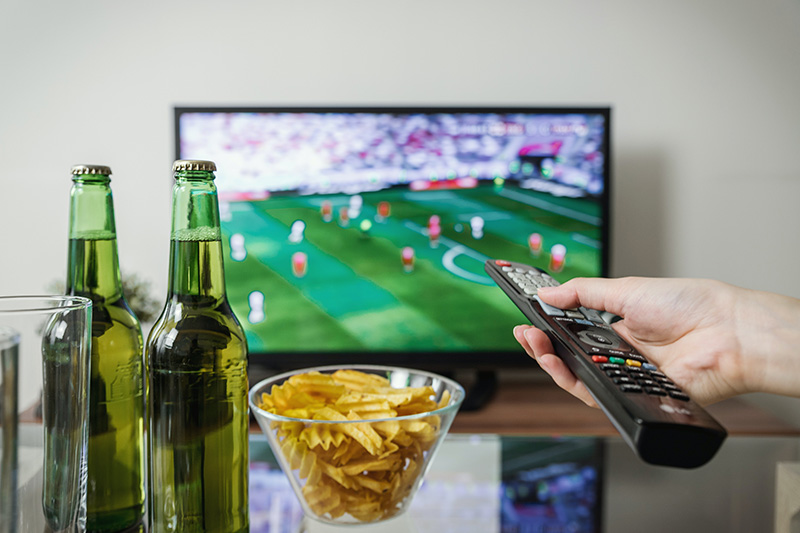 As much as the commercialisation has enhanced football, there have certainly been several missteps. The global pandemic accelerated the instability of football as an economic model, therefore in April, Florentino Pérez, President of Real Madrid, announced the formation of The Super League.

This concept sought to establish a new competition involving 20 clubs – with 15 permanent ones, called the “founding clubs” – and five guest teams who would be selected for involvement each season based on the results of their previous domestic seasons. If implemented, the competition would have likely eclipsed the Champions League.

The nature of the domestic leagues like the Premier League is to breed competition for a Champions League spot, but with the Super League, that would’ve become irrelevant. The wealthy founding clubs would be guaranteed a space – even if their performances were consistently poor.

This idea received widespread criticism from football fans and players alike, with many believing that the idea was motivated purely by greed and would be hugely damaging for the sport. The backlash against the announcement of the league’s formation led to nine of the clubs involved, including all six of the English clubs, announcing their intention to withdraw, resulting in the ESL suspending its operations.

As the sport continues to be commercialised in innovative new ways, it’s becoming harder for club managers to decipher as to whether they’re running a sports team or a business. Of course, these managers know how important marketing is to every business.

Cordis are experts in producing attention-grabbing graphic design, engaging social media campaigns, informative copywriting, as well as striking video content. If you’re looking to kick your business off to a strong post-lockdown start, get in touch with Cordis today!