The Tokyo Olympics 2020 has been atypical for everyone – not least for the brands affiliated with the sporting event. After a year’s delay due to the coronavirus pandemic, creative agencies are finally ready to push off the starting line in their race for public attention.

Despite early trepidations and a last-minute ban on supporters in the stands, the sponsors of this month’s Summer Games haven’t been deterred. To celebrate the start of the Olympic Games this Friday, we’re exploring the brands involved with the tournament and the techniques utilised in promoting the world’s biggest sporting event.

Over the past year and a half, we’ve all come to expect the unexpected due to the COVID-19 pandemic. However, advertisers were particularly disappointed by the Japanese government’s decision to ban all spectators from Olympic venues. This announcement came after a spike in coronavirus infections in the country.

The spectator ban has not driven companies away from the games, but some may be questioning how the events might come across on TV without a cheering crowd. Regardless, it’s likely that viewership will be higher than in the past, since the tournament has finally given the globe something positive to anticipate for the first time in 16 months. 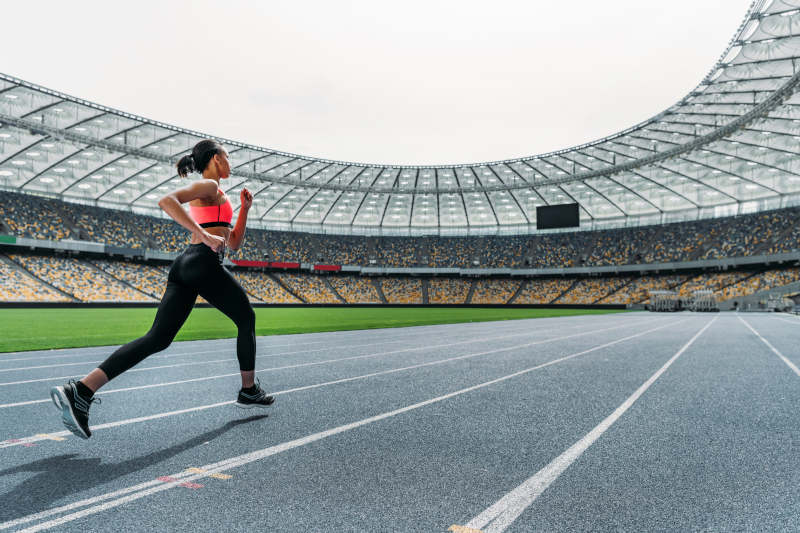 Who are the sponsors?

Despite the disruption caused by the pandemic, the Olympics remains a huge draw for sponsors. This year, there are over 60 sponsor and partner brands at various levels of endorsement. Coca-Cola, Toyota, Visa, Airbnb, Samsung and Procter & Gamble are just a handful of the high-level Olympic sponsors; the majority have signed multiyear contracts to affix their brand identity to the games.

Basic, four-year sponsorship packages start in the neighbourhood of £150 million. However, it’s not unusual for companies to pay even more; Japanese media suggested that Toyota committed £600 million for a sponsorship deal from 2017 through to 2024.

Advertisers not officially connected with the games would be wise to avoid any allusions to the games in their promotional material. This is likely to bring a lawsuit from the very image-conscious International Olympic Committee (IOC).

There are a wide variety of things that are off-limits to advertisers. This includes, but is not limited to: the Olympic rings logo, trademarked hashtags such as “#TeamGB,” any photographs taken at the games and words or phrases including “Olympics,” “Olympiad” and even “the Games” in certain contexts.

The video’s heroic voiceover says: “The world stood still, the future uncertain, we kept moving, competing against ghosts of ourselves, we know progress is not forged in the shadows… the world only moves forward when we move together.” This stirring monologue beautifully articulates the agony instigated by the delay and the optimism surrounding the 2021 return to Olympic stadiums.

At a time when in-person sports were off the cards for a good portion of the planet, the IOC kept sports fans connected with its first-ever virtual event. The Olympic Virtual Series took place from the 13 May to 23 June and integrated various eSports titles, including; Zwift, Gran Turismo and Virtual Regatta.

Even before the pandemic, eSports has been experiencing considerable growth due to a young generation of gamers. This event has proven to be an excellent way to drum up excitement for the upcoming games, whilst helping re-invigorate the world’s diminished interest in physical activity.

When compared to the 2016 tournament, the switch to digital platforms is succinct in this year’s Olympic marketing drive. The IOC and sponsors involved realise that reaching out online is the key to fostering broader audiences. With a plethora of cross-channel advertising platforms now at our disposal, there’s no reason not to follow in example and enhance your business with digital media.

If you’re looking to reinvigorate your marketing strategy, get in contact with Cordis. Using our creative skills in events, social media, copywriting, graphic design and videography we can help your business go for gold in 2021!