The making of The Pantiles video

Cobbled streets, bustling with colour – dappled brush marks against the piano key white of a pristine Georgian façade. While The Pantiles is incredibly photogenic, capturing the true kinetic energy of the location is certainly a challenge.

Last month, Cordis attempted exactly this, as they were commissioned by Targetfollow Estates to create the official promotional video for this historic location. Fully equipped with high quality cameras and other state-of-the-art equipment, the team travelled to Royal Tunbridge Wells to create one of their most ambitious videos to date! 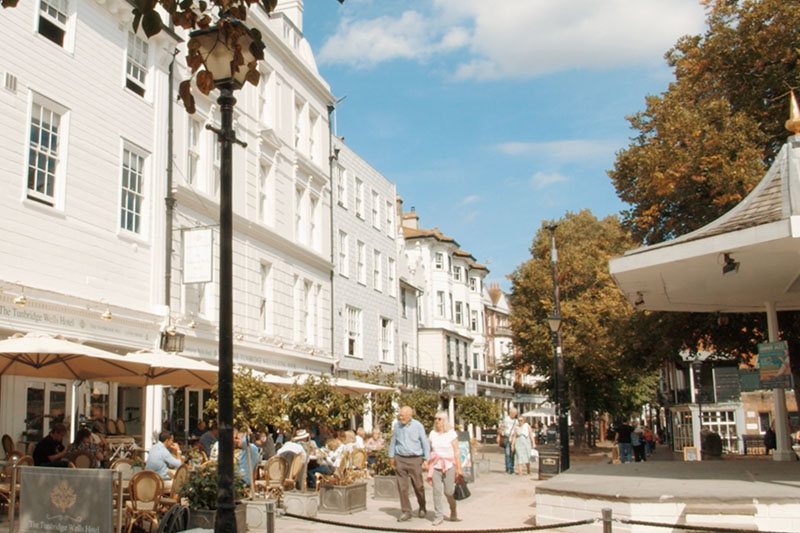 Arriving on Wednesday the 1st of September, the team initially scouted the location, informed the site’s various tenants, and arranged times suitable for shooting. After a rough plan was drawn up, the equipment was prepared and filming began.

Using a Black Magic Pocket 4K Cinema Camera with a Panasonic Lumix G x Vario 12-35mm and a selection of other vintage Canon lenses, stabilised by a DJI Ronin-SC – Cordis captured the various sights at the location. The initial goal was to gather atmospheric establishing shots of the colonnade, then visit the site’s eateries and retailers to showcase the full Pantiles experience.

With so many artisan tenants, it was our goal to characterise the destination as one bursting with creativity. Starting at Hollie’s Little Cakery, we filmed the talented cakemaker crafting stunningly intricate treats. Next, we moved on to Natasha Hodges Hair, capturing some spectacular shots of the hair stylists hard at work. We concluded the afternoon with a visit to Judy Mott Couturier, where we were granted “behind-the-scenes” access to film her team of dressmakers sewing together exquisite wedding garments.

We wrapped the day with an evening of Jazz on The Pantiles, featuring vocalist Tina May and the Simon Spillett Quartet! Despite being one of the most popular evenings in Royal Tunbridge Wells, this event has never been captured with high quality cameras – thus, we relished the opportunity to finally bring The Pantiles’ bandstand to film! 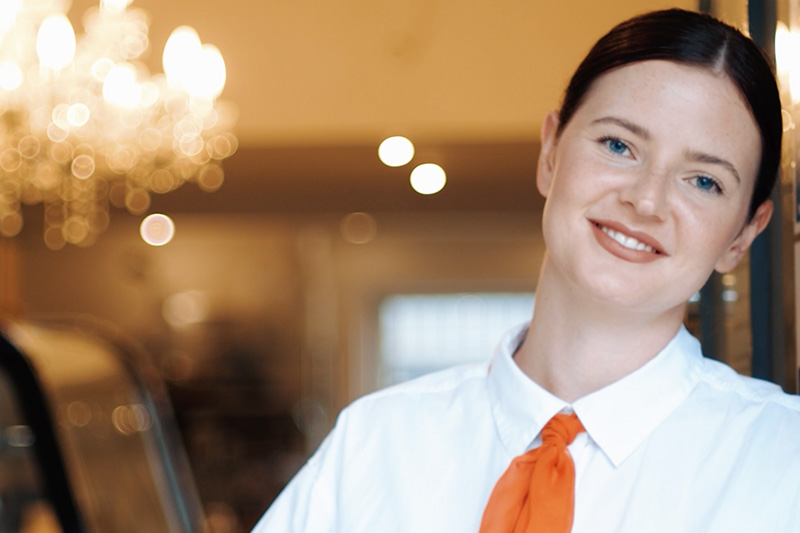 On the second day, we visited a selection of other popular tenants, including The Zero Waste Company, Collared, Beumée, The Pantiles Cameras, Kirthon and Framptons. The wide variety of stores gave the footage a vivid colour pallet and helped capture the vibrancy that radiates from the location.

After the shoot, Cordis immediately got cracking with the editing process in Adobe Premiere Pro and After Effects. However, no clips could be set onto the timeline until a suitable soundtrack had been selected.

The music was discovered on YouTube – composed by Ross Bugden, this piece encapsulates the bustling nature of The Pantiles. It was also important that the video reflects the location’s synonymity with jazz. Next, each shot was selected and correctly timed to the audio!

The team at Cordis considered each clip chronologically. A mini-narrative was established, starting at the top of The Pantiles – heading into Framptons for breakfast, then venturing out into the shops. As the tone of the music shifts to an atmospheric saxophone, the clips transition from day to night and highlights a jazz performance at the famous bandstand. The musicians were specifically timed to appear as though they are performing the piece. 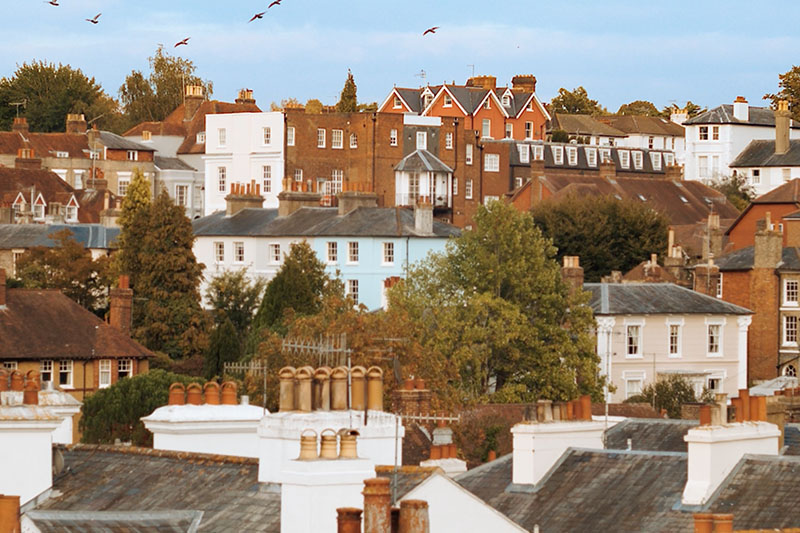 After an interlude of moody saxophone, we quickly transition to footage of the following morning, matching with the music’s increase in pace. Finally, after a visit to Zero Waste Company and Judy Mott Couturier, the video ends with a collection of Pantiles shots, in all its summertime glory.

Text was created by Cordis’ lead Copywriter to help gently guide the audience through The Pantiles. Meanwhile, our Senior Designer oversaw the style and positioning of the copy onscreen.

We would like to thank Targetfollow Estates and everyone at The Pantiles for giving us the opportunity to shoot this wonderful destination. Fingers crossed we can return to the site and make a sequel…

In the meantime, the mini movie can be viewed in all of its splendour on Vimeo. We recommend viewing in HD, full screen with the volume cranked up!