The US election: war of the words

The presidency of Donald J Trump has been one based heavily within the realm of social media. Twitter has been the Commander in Chief’s platform of choice, as the medium has been used as a tool of unprecedented political influence.

After four years of controversies and online tantrums, the 45th president has retreated to his favourite battleground to fight for a second term in The White House. A century later, President Harding’s famous “return to normalcy” quote has been given a rekindled poignancy when applied to Joe Biden’s 2020 campaign – but, with the election far closer than the polls initially anticipated; will ‘normalcy’ ever truly return to the United States of America? 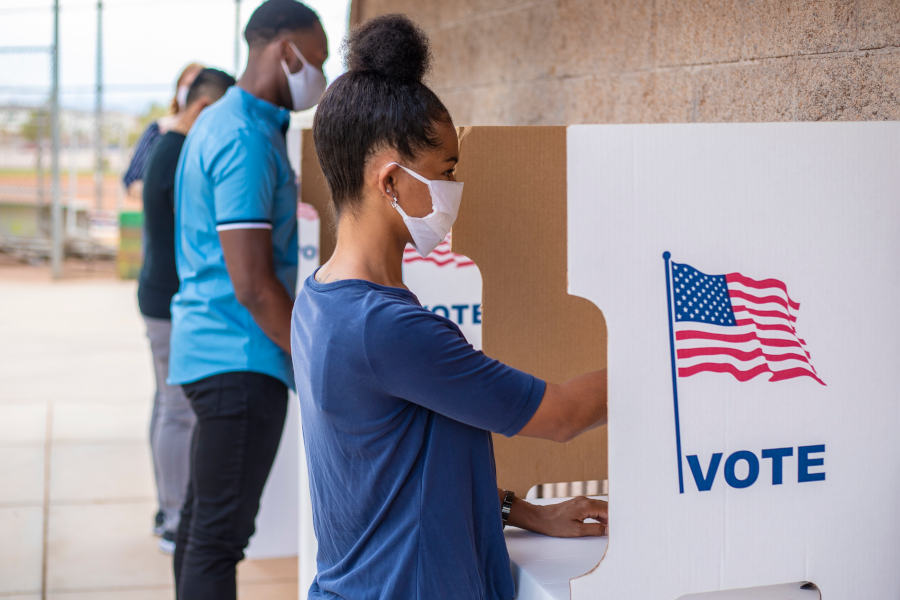 If the U.S. election were decided by social media engagement, Donald Trump would have won hands down. Trump’s official Facebook page has received a staggering 30.6 million likes, compared with fewer than 3.5 million for his challenger, Joe Biden, according to Facebook’s research tool, CrowdTangle. Across social media platforms, there’s no contest. Trump has millions more subscribers than Biden on Facebook, Instagram and YouTube.

Despite this, it’s on Trump’s favourite platform that his Democratic rival is gaining traction. The President is a compulsive tweeter, sometimes firing off more than 100 messages a day – while Biden’s Twitter support base remains far smaller than Trump’s, the former vice president has been gaining ground ahead of the election.

An analysis by Global streaming media intelligence company, Conviva, has revealed that October was Biden’s best month on Twitter in terms of engagements per post and per video as well as audience growth. Engagements have also been steadily increasing since the beginning of the year. According to Conviva, Biden outperformed Trump for average engagements per post between September 14 and October 13. Over that period, Biden averaged 148,600 engagements per post with Trump averaging 136,100.

Since the election of President Trump, the term ’Fake News’ has become synonymous with political discourse. To combat the flurry of disinformation surrounding the 2020 elections, Twitter have stated that candidates will not be permitted to claim that they won the election before the declared result – nor can they tweet or retweet content that encourages interference with the election process.

This morning, exactly this happened as Donald Trump announced that he had won the contest – despite there still being tens of thousands of mail-in ballots yet to be counted. He followed up this press conference with a tweet claiming that his opponents “are trying to steal the election” – this was subsequently hidden and labelled by Twitter. Trump backers said the move was part of a “campaign to censor and silence the president”.

While it is unlikely that Twitter will delete tweets or even necessarily suppress them – posts will be labelled, and the platform hasn’t ruled out going further if things do escalate. Nick Clegg, Vice-President for Global Affairs and Communications at Facebook, ominously told the Financial Times that there were some “break-glass options available to us” in extreme scenarios.

The Wall Street Journal has reported that some of these plans include altering news feed algorithms to suppress viral posts that propagate violence or fake news. On Facebook, both candidates’ recent posts come with warnings about the votes still being counted, which the company said are being automatically put on both Mr Biden’s and Mr Trump’s posts. 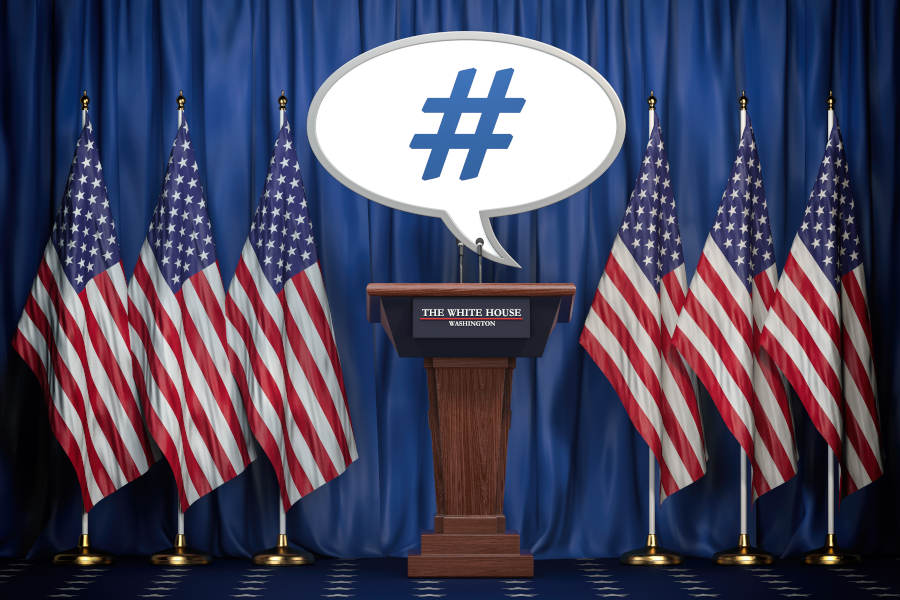 Regardless of this election’s outcome – the last four years have served as a testament to the true power of social media. Combining the technology with his mastery of the declarative sentence, the President has been able to frame his agenda and influence the news cycle to fit his proposed policies. Trump’s apparent ‘lack of a filter’ helps arouse public emotions and instil him with a degree of authenticity that has won the votes of millions.

If you’re looking to turn heads on the web – get in touch with Cordis Creative. As a full service marketing agency we offer social media management, copywriting, website/graphic design, event organisation and videography. Whether you’re thinking of running for president or are simply wanting to market your business – Cordis can help you!